A young Ghanaian lady and Instagram baddie, identified as Safina Diamond, has been arrested for allegedly stabbing her boyfriend to death.

According to reports, the young lady stabbed her boyfriend who just returned from Canada in the neck and stomach multiple times leading to his death.

She was arraigned at the Adenta Court Complex on Friday, July 28, where she claimed she killed him in self defense because he was attempting to rape her. 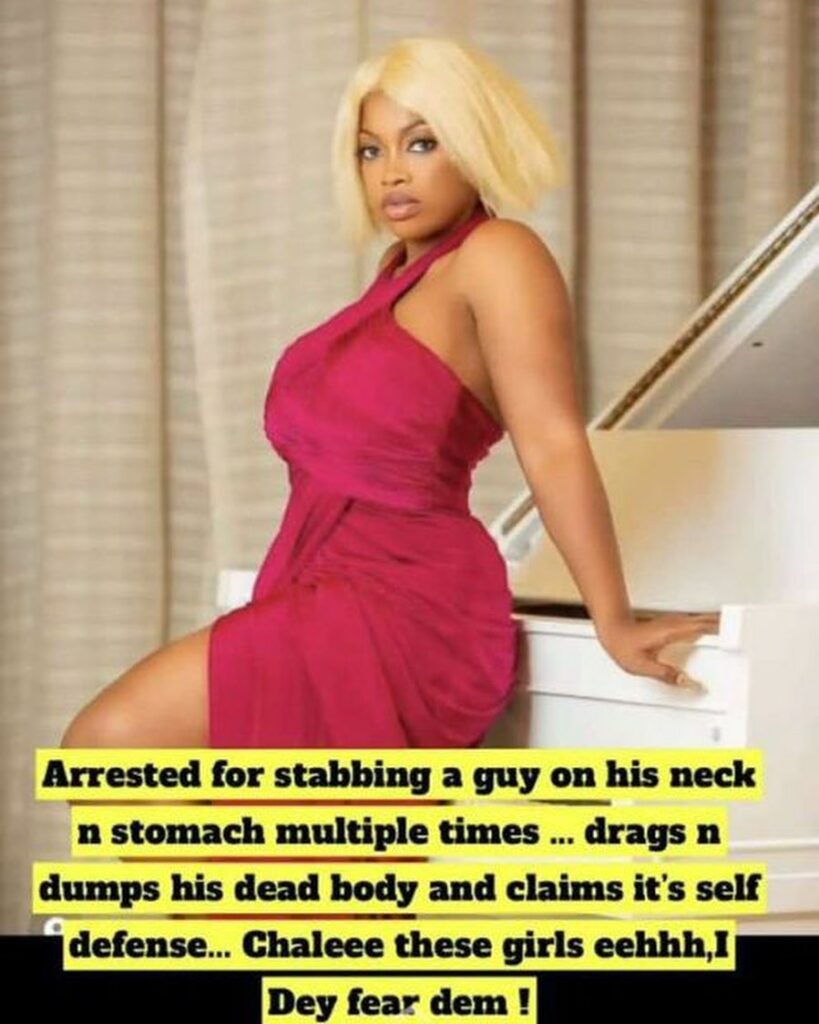 It was further gathered that she had an accomplice, who is said to also be her boyfriend.

The duo have now been remanded in police custody and the case adjourned to August 12th, 2022.

Watch a video showing the moment she was escorted into the court building below,

In other news, a Nigerian man, Sufiyanu Abubakar, has taken to social media to announce the sad demise of his fiancée, Rukayya Ibrahim Kani, fondly called Ummi.

The couple were set to get married on August 12 2022 in Bauchi State before she suddenly passed away on Wednesday night, July 29.

The bereaved young man shared a photo of their wedding invitation on Twitter and wrote,

“My fiancee passed away last night. We were supposed to get married in the next 2 weeks, but she is no more. Innalillahi wa inna ilaihi raji’un “Wo, your eyes will see shege” – Reactions as lady gives reasons her man won’t cheat on her (VIDEO)