Some unknown gunmen have reportedly attacked the Celestial Church of Christ in Wasimi, Ogun state, and abducted two worshippers.

The gunmen are said to have stormed the Celestial Church of Christ, Oshofa Parish, at Wasimi, Ewekoro Local Government Area of Ogun State at 12 a.m. on Tuesday, June 14, during a vigil.

The spokesperson of the Ogun state police command, Abimbola Oyeyemi, who confirmed the attack in a statement, identified the abducted victims as the Assistant Shepherd of the parish, Oluwaseun Ajose, and a Sunday school teacher, Agunro Ayobami.

The Media reported that the pastor of the church, Oluwatomisin Ehuwaojomo, who confirmed the incident in a telephone conversation, revealed that the abductors called him and demanded a ransom of N50 million for the release of the two church workers.

Ehuwaojomo said he was not in the church when the incident happened.

“When my Assistant Shepherd called me almost two hours after they left, the kidnappers refused to speak with me twice. But on his third attempt, they spoke with me and demanded N50 million ransom. I told them that, I am a servant of God, nobody pays me a salary. I have spoken with the Ogun State Commissioner of Police. The command is on the matter.” He said.

Meanwhile, a Twitter user who claimed to be a member of the church claimed that the gunmen, whom he alleged are herdsmen, tortured a pregnant woman but left her behind because she couldn’t walk.

He also shared a video of youths in the community protesting over the attack. 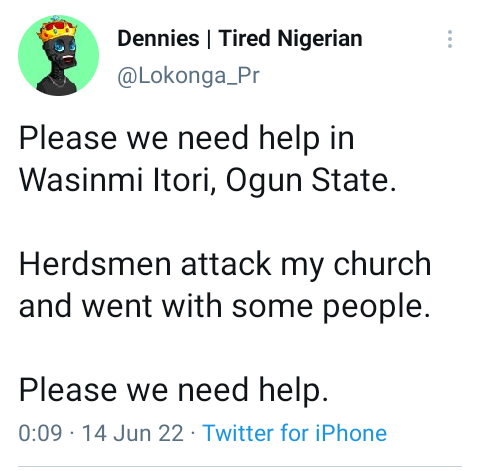 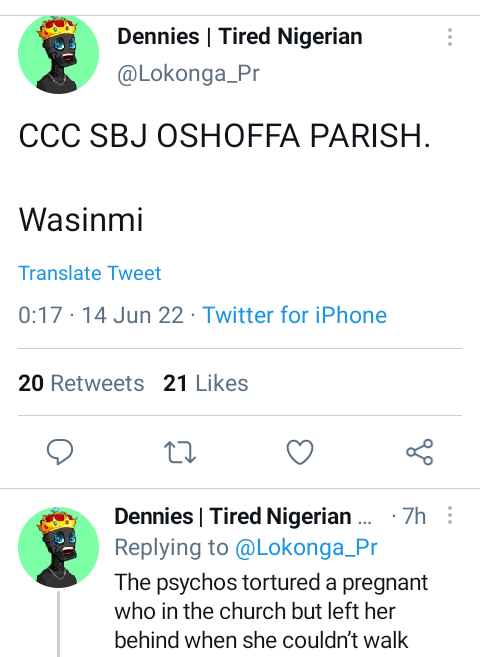