In a series of Twitter rants, the BBN winner revealed that she had multiple abortions. Phyna stated this while fighting dirty with some trolls who tried to compare her to disqualified co-star Beauty Tukura.

A troll had stated that Beauty was both her father and mother, to which Phyna wished them a happy mother’s day.

Another troll, while trying to ridicule her, took a swipe at her series of abortions.

Responding, Phyna admitted that she has done abortion, however, she doesn’t keep sugar daddies, neither does she force men to sleep with her.

“Yes I have had 2 abortions but I don’t do sugar daddies and force small small boys to sleep with me and hoeing around with disease at least I am not barren due to drugs”. 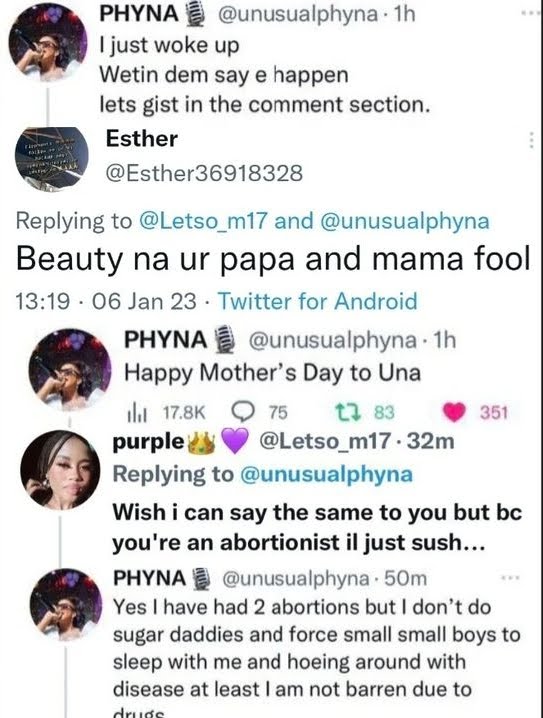