A lady has taken to Twitter to narrate how a mother with a newborn baby reported her husband to the National Drug Law Enforcement Agency (NDLEA) for dealing drugs.

According to @Boluxxxx on Twitter, when NDLEA officials came to search the couple’s house, they found cocaine underneath the bathtub.

She said the woman in question is her friend’s neighbor and she moved into the compound with her husband few months ago.

However, the husband’s dealings were quite suspicious because people used to come with different cars to visit him before he was reported to the NDLEA by his wife.

“NDLEA came to carry my friend’s neighbor’s husband. Apparently na the wife report am. They sha found cocaine under the bathtub. He was dealing. And they have a newborn.

You see this our country as it is? We deserve it. We are us, we are our leaders. That’s us.

I feel the need to throw more light on this based on how the conversation is going.

1. The couple have just been a few months in their compound.

2. I said my friend’s neighbor’s husband because the landlord tried to eject the wife immediately after but she begged cos baby, etc

So it’s her house now.

3. Convo came up cos the light tripped and my friend sent her help to go check if the fuse was fixed in properly. She’s like “don’t pass behind that woman’s house(the wife) before she says you’re peeping in. I’m like why? She’s like the woman is paranoid.

Clearly because of the issue.

4.The security man attested that since they moved in different cars go by the house and they wondered why. He’ll later try to recruit the security man(another long story)as a dealer because he’s a dealer dealer.

What we both agreed on is that she probably knew before they got married because they clearly dated so something else must have prompted her reporting. Ps; it happened a little while back but my friend told me yesterday

Lastly, I’m shook at the conversation being about the wife than drug dealing because honestly that was the primary thing that caught my attention. Where we had smoke for her was proceeding to date, marry and eventually snitch on a drug dealer. Not like we know their dynamics so” 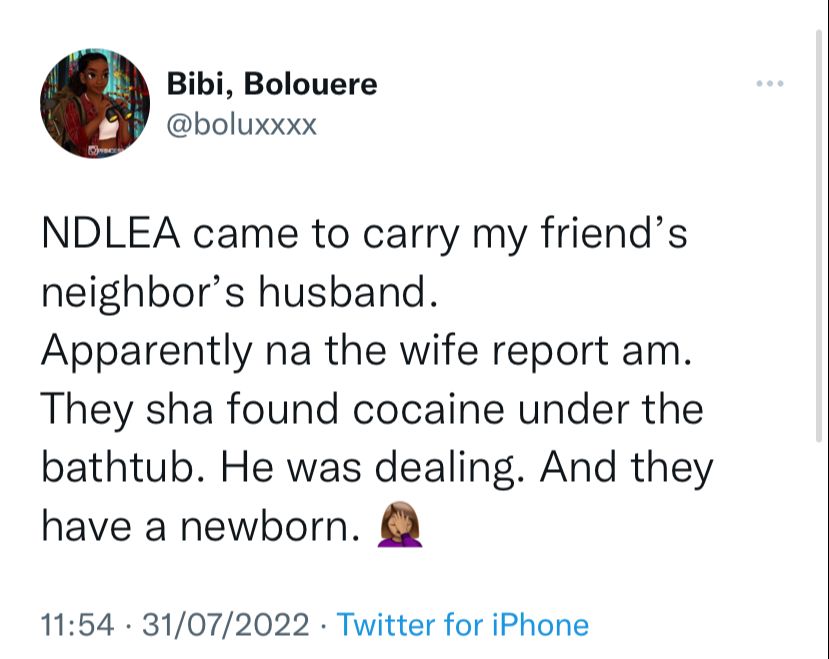 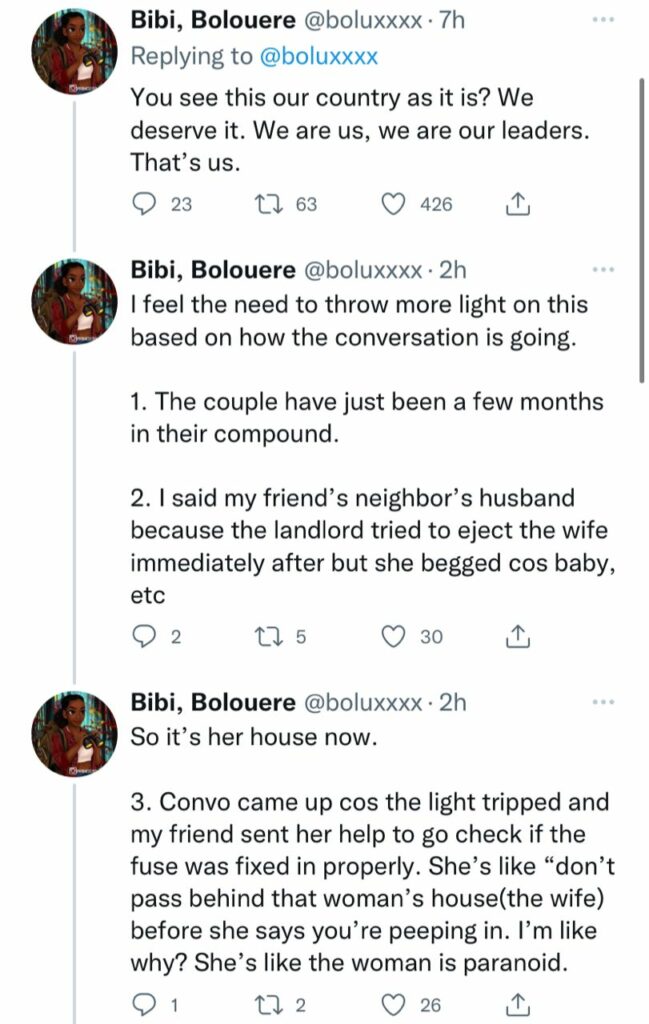 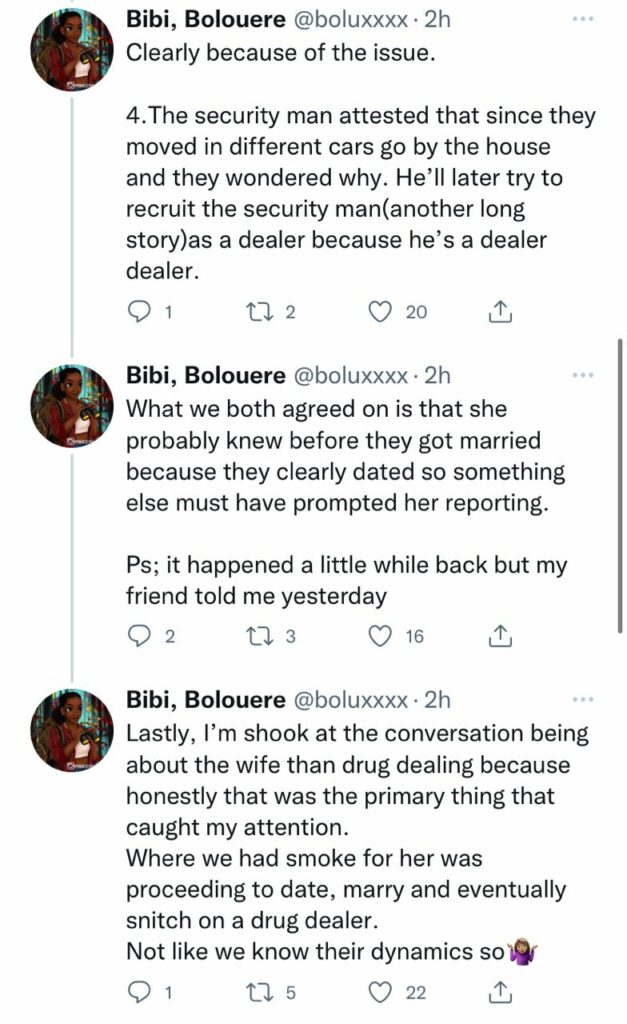