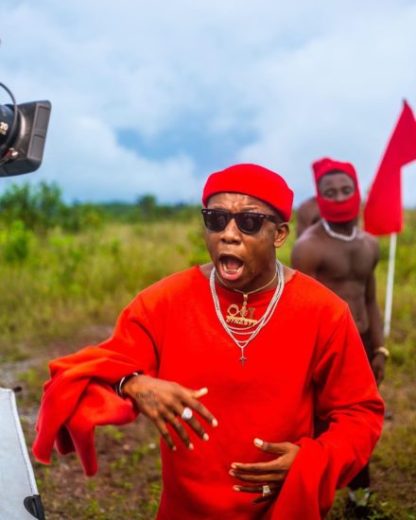 Adekunle Temitope, popularly known as Small Doctor is a music entertainer that thrills his audience with his energetic music performances.

The singer however also thrilled onlookers to an entertaining fight in a recent boxing challenge between him and an unknown fan as seen in a new video obtained by 36ng.

In the video, Small Doctor can be seen exchanging blows in a boxing challenge with a fan as other fans watches.

Small doctor who has sang a couple of songs like Firi Yahoo, Uzobu and Believe, was pictured exchanging punches with the fan who was also with a boxing glove.

He was quite good with his boxing, seem like he might have done some boxing before getting into music.

Watch the video below: